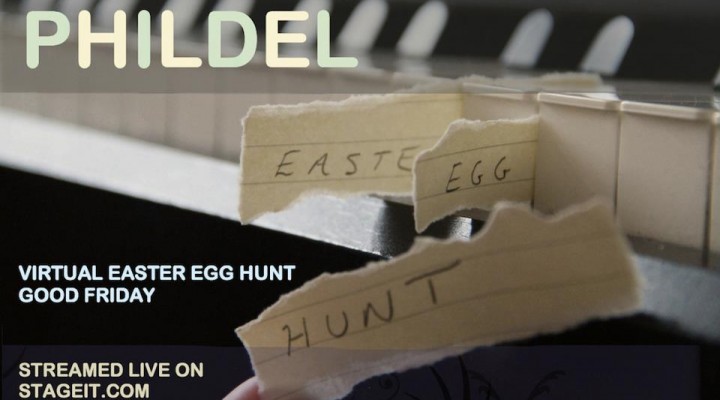 We all love great music right? As we look forward to saying goodbye to Winter and hello to Summer, whatever you plan for a holiday or even a simple break, at some point in your day it will consist of music in one form or other.

With so many artist’s and bands to choose from it can be a bit of a headache to choose what music you want in your playlist, well let me help you out.

You know when you hear something for the 1st time and think wow, well it’s going to happen again.

If this is the first time you’ve heard of Phildel I can assure you it won’t be the last and you have probably heard her music before, you just didn’t know it was Phildel.

Listen to ‘The Kiss‘.

Phildel has been involved every step of the way; writing, producing and mastering a true piece of art in the form of music. Also she produced and directed every visual delight for her video’s that accompanies each track on the album.

Built from her creativity and imagination Phildel has inspired, touched and moved so many people. Causing quite a stir in the music industry and world of art like no other.

Recently she appeared on the ‘BBC 1 Breakfast show‘ where she shared her intimate life story and spoke about her debut album ‘The Disappearance Of The Girl’. She has created quite a buzz and her fan-base has seen a dramatic increase.

It doesn’t end there, not only is her music fantasy driven, also her appearance is something that needs taking note of.

Every appearance that Phildel has made, it seems she continues to play with the imagination and turn herself into a visual delight, for example the gorgeous blue dress she wore on the BBC 1 breakfast show is like nothing you’ll see anywhere else and was created by none-other than the famous Henrietta Ludgate whose clothing range is sharp, fresh and eye catching. Recognized worldwide by VOGUE, ELLE, HARPER’S BAZAAR and many more. Henrietta’s unique boldness, simplicity, style and elegance just breathes life into every garment she creates. Every piece portrays a story and this is a union that beautifully blends fashion, fantasy and creativity all in one, suiting Phildel down to the ground and is a perfect match. 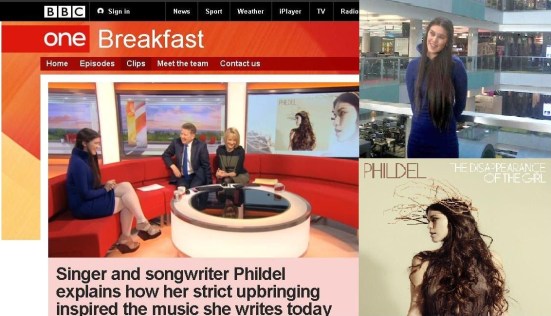 Now here’s the exclusive bit. With all Phildel’s creativity, it seems that she has come up with a world first.

Recently announcing to her already excited fans, she is going to hold two online Easter egg hunts, one at 1 pm and another at 11 pm for her friends in the UK and oversea’s.

This is not just any online appearance where the fans get involved and search for the chocolate eggs, whoever finds them will actually receive them to their homes, sent personally by Phildel. If that’s not enough she will also be performing one of her songs live and direct from her very own home.

Also one lucky winner will receive an exclusive never before released version of one of her tracks featured on the album ‘The Disappearance Of The Girl’.

This is most definitely going to be a GOOD FRIDAY to remember, especially for the lucky winners.

Check out the links below for other video’s and info.