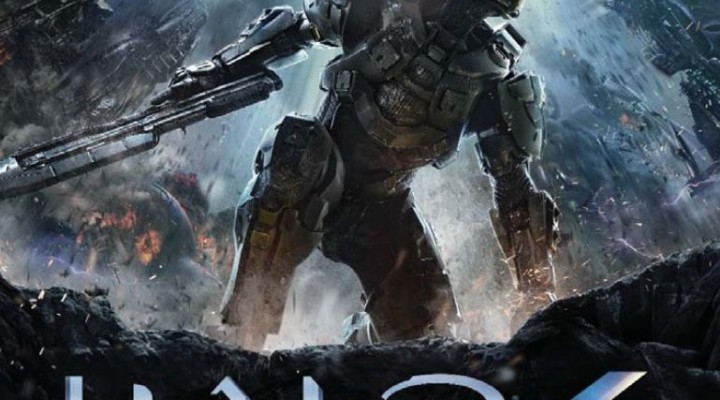 “The chief has returned”

What game is known worldwide or many will at least heard of it, any guesses? ‘Halo’ of course. With the release of the 4th edition ‘Halo 4’ to the family (WayPoint) it will have created yet more ‘Halo’ widows, but it’s not all about gaming.

OK I don’t own an Xbox and I’m not a gamer fanatic. I can’t get my lefts and right’s right and end up dead in less than 10 minutes. I decided to steer clear from them and leave it to the experts. However saying that, I’m not here to display my weaknesses haha.

Mention Xbox and 99% of the time people think racing games, combat games or even sporting games. Many people go for play ability, grafix and even value for money. yet so many complain about the cost of computer game prices.

How many of you have spared a thought how much time actually goes into creating a game? First it’s the concept, then to the drawing board, onto themes and so much more.

Ever thought about the music that’s written for them too? You know, the stuff that makes a racing car game feel like your right in there and actually doing 100mph drifting or the combat games where the music is carrying you through a battle zone giving you that ultimate suspense. Well here’s where I come in to enlighten you.

The Microsoft Xbox Console has been around for many years, becoming a global entertainment phenomenon and is one of the leading consoles about. More than 50 million copies of ‘Halo’ games have been sold worldwide, driving more than 5 billion hours of game-play by people connected to Xbox LIVE.

I’ve not had the chance to play ‘Halo 4‘ as a game but I have listened to the soundtrack ‘Halo 4 volume 2‘. After the First track I totally went into another world creating so many of my own ‘Halo’ scenes in my minds eye with each track. The album is nothing short of a classic master piece and is fit for top any Hollywood movies let alone the game.

‘Atonement‘ is the opening track and has quiet Asian style vocals and harmonies creating a feel that’s simply enchanting and magical. It takes you to another level, giving you the listener a vision of another world.

Floating through the wilderness of a barren land seeking refuge, as the stars sink below the horizon the two moons slowly fade away. The suns rays hit your protective amour and visor. You’re at peace, the kind of feeling you’re finally home, like you belong in this alien land with….oh where was I sorry. I had the track on repeat and got bit lost somewhere along the way. That’s just the 1st track and remember I have not set eyes on the game.

Moving swiftly onto ‘Aliens‘ track 4. I kind of expected screams and thunder sounds, crashes etc but no.

Now I’m not one for name dropping but remember the huge blockbuster movie with the 7 foot tall blue people flying around on 4 winged dragon type creatures? This was the image the track ‘Aliens‘ gave me. (I said it was movie material didn’t I) I was walking through mist in the dawn of dusk, holding my weapon of choice, keeping an eye out for danger as the eye’s peers through the trees at me. Quietly stepping through the green rivers and murky air, my eyes begin to grow weary and…You get the picture.

This is one Soundtrack I am proud to own, it is pure magic. I will be listening to this over and over again.

Merging the ‘Halo’ soundtrack with the imagination creates such a mind blowing experience, gamer or not this is a must for anyone.

So when you’re itching to get home to continue your mission, the separation doesn’t have be a total cut off. You can still be submerged while secretly planning your next move to save Cortana and the fight for humanity.

Grab ‘Halo 4 soundtrack volume 2‘ available to own now. You won’t be disappointed, as you get submerged and lost in your own world. Just remember wherever you’re listening to the soundtrack you’re still in the real world.

*You have been warned*

11 of the tracks are composed and produced by Neil Davidge with a further 8 by 343 in-house composer Kazuma Jinnouchi. The soundtrack also includes Kazuma’s new interpretation of Martin O’Donnell and Michael Salvatori’s iconic “Never Forget” from Halo 3. The tracks on Halo 4 Original Soundtrack Volume 2 are presented in chronological order as they appear in the game, to help bring the listener right into the heart of the Halo 4 experience.