What a year 2013 has been, musically I have been spoilt.

So much great talent coming from the UK this year I have to say, and some great new discoveries from across the globe too.

I managed to get to some great festivals this year, hence discovering so many new musicians.

My top #1 festival was ‘Secret Garden Party‘ without a doubt, it was my 1st time and won’t be my last.

I had so much fun it would take me till next year to write it all down, however you can check out my review here …. SECRET GARDEN PARTY REVIEW

Also for the 1st time I attended and hope it won’t be the last ‘Wakestock 2013‘ it was also a lovely friendly festival based in North Wales and in a stunning location. Here I discovered a new fave Chloe Howl

It’s not a top 10 list or newly discovered artists, some I’ve had my eye on for a while but never had the chance to see them live and some are brand new with very little released.

I Hope you enjoy my list, who’s your favourite here? Who do you think I missed? As you know it is quite hard to whittle it down but here’s who stood out for me.

Ok firstly, regular readers of dwfMedia will know about ‘Phildel’ by now! I’ve featured numerous reviews and an interview I simply can’t get enough.

‘Phildel‘ has made it to dwfMedia’s number one spot, my favourite artist of 2013. Such a huge production and sound with each release, beautiful art work and outstanding visuals and quite simply a lovely person. Phildel is definitely one name you’ll be hearing a lot more of in 2014.

#2 London Grammar My favourite song ‘Metal & Dust‘ taken from their debut album ‘If You Wait’.

Visually this is my favourite, though they’re all amazing.

#3 Laura Mvula another UK artist. By chance I discovered her way back late 2012 and 2013 has been an amazing year for this young lady. Another debut album here ‘Sing To The Moon‘ is one you’d also love.

#4 Dr Meaker I discovered this band late 2012 and I’ve never looked back since. I’ve had the chance to see them live 3 times since, wicked nights out and nothing but top tunes. They’re just what the Dr ordered. My favourite is actually a cover ‘Skyfall’

#5 ‘Lungs’ I discovered this super talented band early 2013 and can’t wait for their debut album to drop. The visuals are to die for, check them out. To learn more read the review : Lungs ‘Faraway’ Debut single.

#6 ‘Yadi’ This young lady captured me with her song ‘Creatures‘ the EP ‘BLOW’ has experienced max volume many times. She is more well known for her song ‘ GUILLOTINE‘ I’m excited to see what comes next and I know her album will be one of the next in my ever growing collection.

#7 ‘The Glass Child’ Here I present to you another of my top favourites, even though I put her at number 7 don’t mean her music quality is of any less importance here. Quite recently I was browsing Youtube and came across ‘Insanity‘ and from that moment I was hooked. She has released several albums so far and working on new material, I must knuckle down and get more of her music in my playlist. Here I give you ‘ Blood On The Concrete’

#8 ‘Annie Eve‘ I was at ‘Secret Garden Party‘ festival and just looking through the program who to watch next, I seen the name Annie Eve and thought I like the sound of the name and it was as simple as that, wow what a great choice. I seen her set and was blown away, it was way too short. Next time she’s near me it’s on the cards. I have an unreleased untitled EP and I play it right through and on repeat several times over. Another one to watch out for in 2014.

#9 ‘Anna Straker‘ This young lady I’ve had my eye on for about two years now. Again I was searching Youtube for a Delilah song when I seen Anna’s cover. I really love her power and style and can’t wait for her first release whenever it may be? This lady will definitely smash the charts sooner or later and be a household name, mark my words.

I love her cover of ‘Love You So’. Please remember that she was only 14/15 years old when she did this.

#10 ‘Sebastian Blake‘ My 1st experience of this guy was his top track ‘Red Underwear’ there are two versions but my favourite is featured below. It’s such a seductive song and had me jaw dropping instantly.

Sebastian Blake is super talented and knows how to make good music. He has a similar style to my hero Lenny Kravitz. London look out, 2014 is going to wake you up with class, in the form of Sebastian.

#11 ‘Kassoma‘ Now this band are so fresh they’re still warm (Out the oven bakers reference) However I’ve only heard their newly released tracks via soundcloud. I know a good band when I hear one, this is why these guys are listed here as they deserve a shout out. Kassoma are an extremely well put together band and have the right attitude and sound. Looking forward to seeing these perform live one day.

Last but not least I was recently introduced to this just the other week and well I have tingles every time I hear it.

#12 ‘Julianna Barwick‘ I know nothing about this lady but I love what I hear, simply magical. Here is ‘Nepenthe’ (Teaser) video

When you connect with music in this way you know you’ve found something special, something that speaks a language only you understand personally and as with all the music listed above they’ve influenced me in some way or another.

Music will be a big part of my life until my last breath and even then I’ll have a favourite or preference.

If you are passionate about music, don’t ever stop listening / searching because you never know what a year can bring..

May I take this opportunity to thank you all for the support you have shown DWF-MEDIA.

“Keep Music Alive” it’s a universal language we all understand. 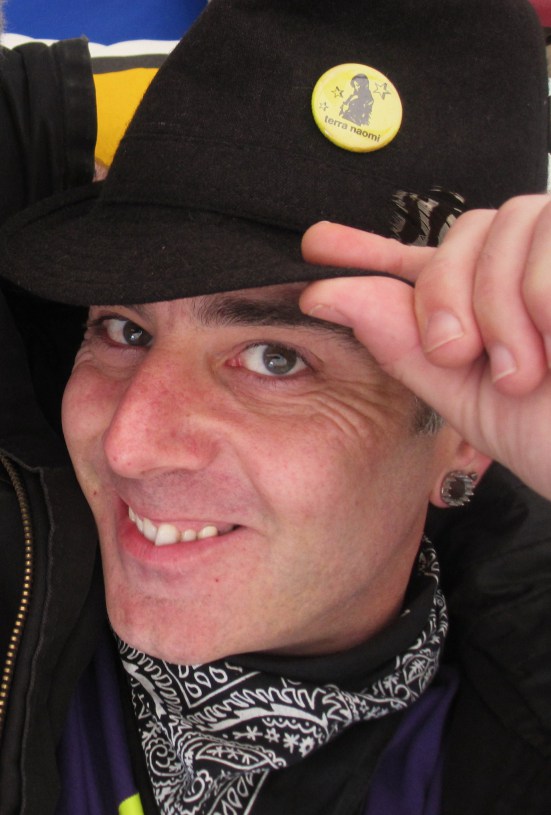 Together in harmony. Together with music