Our ‘Artist Of The Month’ Clean Bandit’.

Without a doubt worthy of appraisal for our October slot.

Check out the latest video / single ‘I Miss You‘ from the world famous CLEAN BANDIT.

That subtle ‘Clean Bandit‘ tune reels you in, then boom the vocals grabs you and you’re trapped till the end.

That catchy hook that is ‘Clean Bandit’ all over, carries you through a journey of heartache and pain that most of us have experienced at least once. Visually this is stunning and hedonistic at the same time.

As always we expected nothing less than the best, yet again ‘Clean Bandit’ have delivered so much more. Hold on, as you’re going to experience the next level of ‘Clean Bandit’ magic. ‘I Miss You’ is huge 10 /10. You won’t forget this one in a hurry.

The official UK Tour with special guests ‘Ella Eyre” and support from ‘Starley begins 29th October in Glasgow, finishing in Manchester on the 7th November but be quick as one of their shows has already sold out. 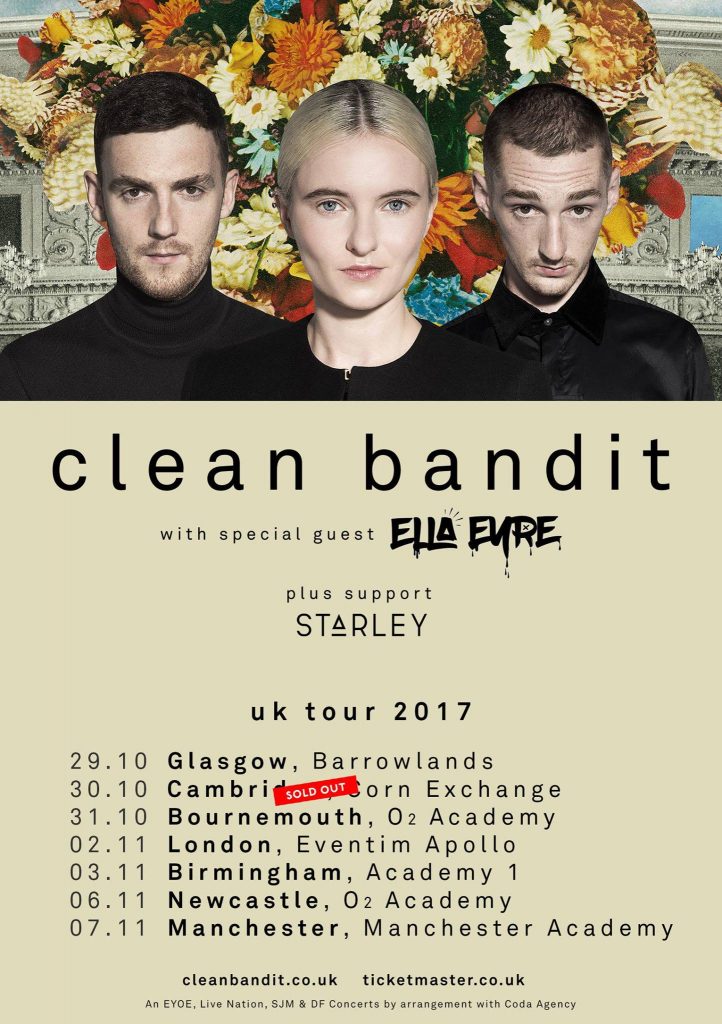 All tickets available here via the official site :: TICKETS HERE

Clean Bandit originally from Cambridge UK have been going for almost a decade now, and still releasing chart smashing hits to this day, including their latest ‘I Miss You’.

The band’s name, Clean Bandit, comes from a translation of a Russian phrase; the meaning is similar to the English phrase “complete bastard”, though Patterson later stated that it is actually a more affectionate term similar to “utter rascal” (source Wikki https://en.wikipedia.org/wiki/Clean_Bandit )

The worldwide chart hit ‘Rockabye’ is one of the bands top tracks : ‘Rockabye‘ became the UK Christmas number one for 2016 on 23 December 2016. It is the first song in chart history to become Christmas number one after already being at the top of the charts for six weeks.[3] In total, the song spent 9 weeks at the summit of the UK Singles Chart while also topping the charts in over 20 other countries (Source Wikki :: https://en.wikipedia.org/wiki/Rockabye_(song) )

Without further ado here’s the outstanding new video ‘I Miss You‘ below.

Official Links for ‘I Miss You’ available now :: HERE